After completing his undergraduate degree in business administration in Bayreuth and main studies at the University of Colognewith a degree in business administration, he obtained his doctorate in Banking on the subject of “Credit Rating through International Agencies” and published the first German language monograph on this topic in 1991. His dissertation laid the foundation for a large number of other publications.

As a secretary of the Working Group Rating of the publishing company Herausgebergemeinschaft Wertpapier-Mitteilungen Keppler, Lehmann GmbH & Co. KG Everling acted on behalf of well-known banks and industrial groups in 1989 in connection with rating agencies worldwide. Numerous essays in the Börsen-Zeitung as well as in respected magazines and journals bear witness to his extensive research.

As managing director of the project company Projektgesellschaft Rating mbH, Everling was not only involved in the development of the rating system throughout Europe from 1991 to 1993, but also initiated the connection of existing agencies. IBCA Notation, Fitch IBCA and Fitch Ratings emerged.

At the head office of Dresdner Bank Everling was from 1993 as a department director and head of market research and analysis and was – among other assignments – in charge of client rating and scoring as well as in charge of the introduction of the €uro.

“My mission is to unlock the value of ratings.”

With a first mandate from Deutsche Börse AG and McKinsey, Everling made the leap into self-employment in 1998. Everling is involved in various companies, primarily as a managing partner at RATING EVIDENCE GmbH in Frankfurt am Main. In the 1990s, he had started to invest in major credit rating agencies, along with investments in promissing start-ups related to the rating business.

Everling not only participated in the birth of bank-internal rating systems and independent rating agencies, but also in the setting of standards, be it in the Rating Cert eV or in the Federal Association of Rating Analysts and Rating Advisor eV, in the DVFA German Association for Financial Analysis and Asset Management eV, as Chairman of the Technical Committee “Rating Services” of the ISO International Organization for Standardization.

As a rating specialist, Everling is regularly listed on the Börsen Radio Network, as an expert in the Finance Committee of the German Bundestag in Berlin as well as international committees, such as the Consultative Working Group of the Committee of European Securities Regulators (CESR) in Paris. In his work, the experience of supervisory board and advisory board activities flows in as well as that of diverse consultative mandates. According to the Regulation of the European Union on Credit Rating Agencies, he was Independent Non-Executive Director (INED) of an international credit rating agency in 2015/2016.

His teaching activities at well-known universities in Germany and abroad as well as his visiting professorship at the Capital University of Economics and Business (首都经济贸易大学, CUEB) in Beijing since 2003 prove his teaching skills, as well as textbooks, with which the foundations were laid for training as a Certified Rating Analyst and to become a Certified Credit Analyst.

Everling is the author of more than 450 articles in newspapers and magazines, became co-editor of the journal “Kredit & Rating Praxis”, author and publisher of more than 50 books, he published the only newsletter on rating issues and writes regularly on his blog http://www.everling.de/, which has been nominated several times as “Finance Blog of the Year”. In the 1990s, he started his blog long before the word “blog” became known to German readers.

For some more pictures, see our photo album.

Subscribe to our blog and receive free notifications by email:

This website is intended for professional users only and is not intended for individual consumers who organize their finances. Our information is not about your personal credit score and we do not help you fix your personal credit problem. Nothing on this website is an investment recommendation and we do not provide any legal or tax advice. You should seek advice from a professional adviser if you have any concerns about these matters. If you are not professionally involved in investment and financing, you could contact a consumer advice center or your personal financial advisor. 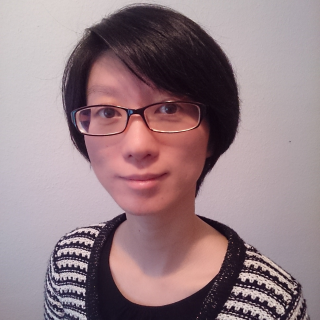 Since 2010 REN Jian has been the link to China for RATING EVIDENCE GmbH. She brings experience from communication consulting for German companies in China. REN Jian holds a Master's Degree in Communication Science from the University of Münster, Germany, after working for a motorway company in China for 6 years. Before that, she graduated in Telecommunications in Nanjing.

Creating a World of Trust and Confidence

Begin typing your search above and press return to search. Press Esc to cancel.