Mistreating workers is not as important as mistreating animals.

Consumers play an active role in the application of ESG criteria, i.e. Environmental, Social, and corporate Governance data that refers to metrics related to intangible assets within the enterprise. A survey throws a dubious light on the values of American and German consumers.

According to a survey published by Statista, the number one reason to “cancel” a brand – or at least boycott or protest them – is the mistreatment of animals: “Animal cruelty was named as the top reasons why consumers would give up on a brand in all three countries included in the Cancel Culture survey which is a content special of the Statista Global Consumer Survey. 44 percent of the more than 1,500 U.S. respondents said they would give companies mistreating animals the boot, ahead of the mistreatment of workers at 41 percent. UK respondents saw things similarly, while in Germany, worker mistreatment only came in rank six after environmental harm, corruption, health concerns around products and racism.” 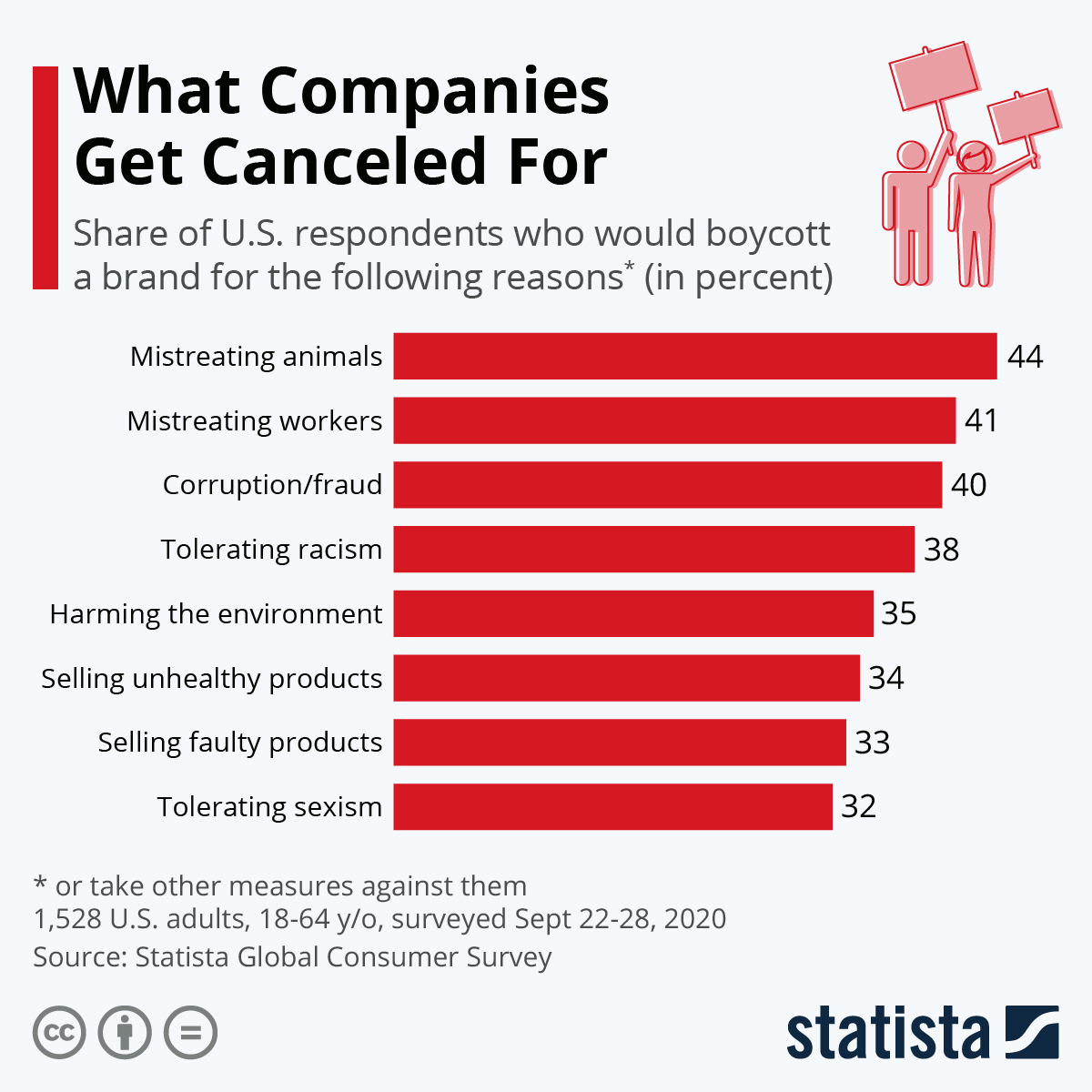 Independent since 1998, he is Managing Director of RATING EVIDENCE GmbH. As visiting professor of Capital University of Economics and Business in Beijing, former chairman of the supervisory board of a rating agency, advisory board member, advisor, member of rating committees, chairman of ISO-TC Rating Services, author or publisher of books and a magazine, Independent Non-Executive Director under EU Regulation on Credit Rating Agencies, he has been or is involved in ratings from a variety of perspectives. Previously, he was for 6 years department director at Dresdner Bank and, until 1993, managing director of the Projektgesellschaft Rating mbH after a doctorate at the banking and stock exchange seminar of the University of Cologne.