This blog article is based on “Country Risk – The Bane of Foreign Investors” (Springer, 2020) by Norbert Gaillard.

I focus here on the countries whose reputation declined significantly during the globalization years. Table 1 lists the five economies whose country risk ratings fell the most dramatically during 1988–2013, as measured by Euromoney and International Country Risk Guide (ICRG) ratings.

Table 1: Five worst-performing countries during the globalization era – according to Euromoney and ICRG

It is noteworthy that only 2 of the 10 worst-performing countries presented in Table 1 – Greece and Venezuela – were hit by a major shock (e.g., a major sovereign debt crisis) during the globalization era. When one considers that the countries most severely downgraded by Euromoney and ICRG are developed economies, it is clear that those countries experienced (and continue to experience) a slow decline in their economic and financial position.

60% of the worst performers are eurozone members. The raters were more concerned about the weakening of these eurozone members’ credit position than about the significance of any deterioration in their respective business climates. Japan provides a good illustration of the poorly performing countries more generally. This country was at the top of Euromoney’s rankings in the late 1980s, but its credibility faded after decades of economic stagnation, deflation, and rising debt.

Table 2: Five worst-performing countries during the globalization era – according to the IEF, EFW, and OECD

Three fourths of worst-performing economies presented in Table 2 were hit by a major shock during the globalization era (e.g., a sovereign debt crisis or an expropriation act). The profile of these countries differs radically from those listed in Table 1. In fact, the most severe downgrades announced by the Heritage Foundation, the Fraser Institute, and the OECD involved the ratings of developing and emerging economies only.

For example, the Latin American states that opted for Bolivarian-style policies (Argentina, Ecuador, and Venezuela) as well as African countries (e.g., Zimbabwe) frightened international investors by nationalizing foreign assets. Other economies were shaken by wars, revolutions, or noxious political atmospheres (e.g., Egypt and Lebanon). One can conclude that the Heritage Foundation, the Fraser Institute, and the OECD lowered the ratings of countries in which the business climate had deteriorated the most.

Tables 1 and 2 are instructive because they reveal two distinct paths in the assessment of country risk. On the one hand, Euromoney and ICRG tend to penalize countries that are unable to preserve their credit position and competitiveness. On the other hand, the Heritage Foundation, the Fraser Institute, and the OECD tend to be ruthless when rating economies that challenge the most fundamental capitalist rules (especially the enforcement of property rights). 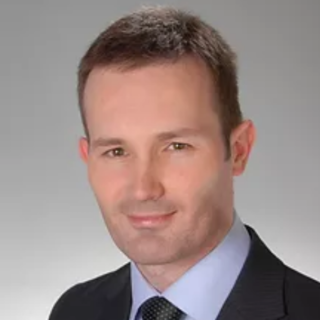